Amber Murray and Kristal HcHugh are two of the faces of opioid addiction in Northeast Oklahoma. Kristal recalls suffering headaches when she was very young.

“I suffered with migraines when I was a child.” She said the doctor prescribed opioids to treat her pain. She added, “That’s kinda what they did. You had a pain and that’s how they fixed it.”

Kristal remembers how her mom had to help her take the medication. “I was so small that she had to crush the pills to put them in something for me to take them.”

Amber Murray recalls her first encounter with opioids. “I was 18 when I was prescribed pain medication.”

She said it wasn’t long before her life became a cycle of, “Fighting my pill addiction.” “Fighting withdrawals.” “Finding which doctor, I can manipulate to get my next prescription.”

Amber admits, when she couldn’t manage to get pills, she considered ending her own life. “There were times that I was withdrawing I attempted suicide and ended up in Brookhaven.”

A treatment facility isn’t what she initially credits with giving her the push she needed to fight her addictions. She said, “I ended up in the Rogers County Jail. I was there for almost two years.”

Kristal also went to jail. A lot. “The feelings of that, um the opioids created for me was my main goal. My day’s goal. If I didn’t have it, I would be very sick, so I did whatever I could to obtain those. The last time that I went to prison for that is for making false prescriptions.”

For almost three decades, she bounced in an out of county jails in Oklahoma, but that wasn’t all.

Kristal said, “I did a small federal sentence.”

Five years ago, she made a commitment to herself to get and stay clean, and to help others. Today she helps Amber with her recovery and they both attend and rely on the Light of Hope in Claremore to stay on the road to recovery.

Layla Freeman founded Light of Hope after the death of Ashley Morgan, her opioid addicted daughter. Freeman says Ashley’s addiction also started with a doctor’s prescription for opioids when she was 16. Freeman added, “It was a long and very difficult and painful journey as a mom to watch my daughter and just struggle through addiction and try very hard to overcome the addiction but eventually the beast got a hold of her and she passed on Christmas Eve of 2013. “

Freeman told 2 Works for You she couldn’t save her own daughter, but she could create a place that offers prayer, encouragement and support for both addicts and those they love and are impacted by that addiction.

According to Freeman people of all walks of life struggle with addiction., “The problem is we don’t have resources to help them combat that addition.”

Freeman sees the Oklahoma vs Johnson & Johnson verdict as a step toward more help being provided to help recovering addicts. It you would like more information about Light of Hope, call them at 918-373-4560 or check out their website, www.lightofhopeinc.org

Hope in the Face of Difficulties

Join in the Jazz

Sign up to volunteer for Illuminating Hope Christmas Light Drive

Sign up now for Light of Hope Basic Finance Classes

Light of Hope, Hair We Go partner for free haircuts in November 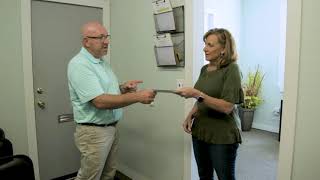 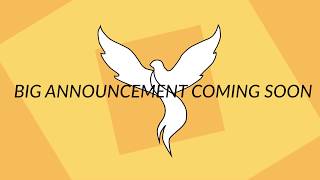 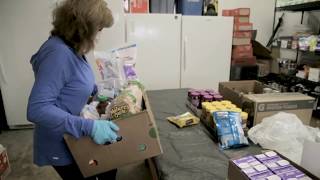 LOH - Keeping you safe & providing food assistance to our community. 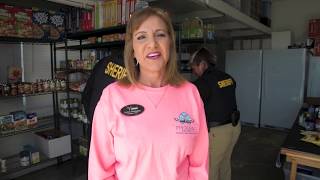 Light of Hope Food Pantry - Meeting the needs of the community during COVID-19.